Falls City, Nebraska, is situated in the central U.S. in southeast Nebraska’s Richardson County and within 25 miles of Interstate 29 and midway between Interstates 80 and 70.   We are ideally situated to serve the Nebraska, Missouri and Kansas tri-state market.  Located within approximately a 100-mile radius are five major Midwest business and population centers: Omaha, NE; Lincoln, NE; Topeka, KS; Kansas City, KS/MO; and St. Joseph MO. 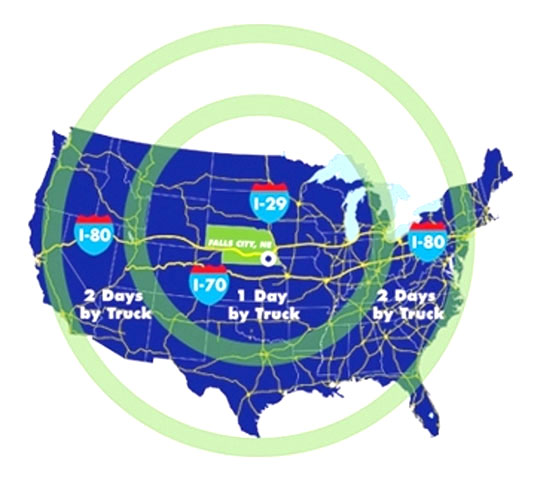 Falls City is less than a 20-minute drive from Interstate 29.   A major NAFTA transportation corridor, I-29 runs from the border of Canada to Kansas City where it connects to I-35 that continues on to the Mexico border.  I-29 connections provide access to east and west coast transcontinental transportation corridors, including I-80 (approximately 95 miles to the north) and I-70 (approximately 90 miles to the south).  We're also served by U.S. Highways 159 and 73 and State Highway 8.  U.S. Highway 75 is approximately 20 miles west of Falls City via Highway 73 providing a direct route into Topeka, KS.

Our central U.S. location and close proximity to north-south and east-west transcontinental interstates make it easy to reach most U.S. markets in 1-2 days by truck. 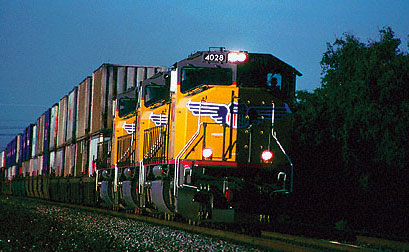 Land is available in the Falls City Industrial Park for development of a dual rail-served site. Click here for more information on this exciting development opportunity. 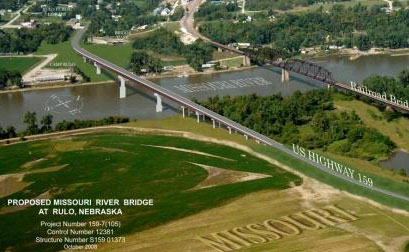 The Missouri River, a major North American inland waterway, runs along a portion of eastern Richardson County.  In g eneral, the River is navigable eight months of the year (March through October).  The U.S. Army Corps of Engineers maintains a 9-foot deep, 300-foot wide channel for 734 navigable miles from Sioux City, IA, to the mouth at St. Louis, MO.

A new $32 million bridge over the Missouri River on U.S. Highway 159, connecting the Richardson County/Falls City area (at Rulo) and Holt County, Missouri, opened to traffic in the fall of 2013.  The new transportation corridor creates an immeasurable economic impact on the Falls City area by attracting industry and jobs and also boost tourism by providing easier access to interstates and other major highways in the Nebraska, Missouri and Kansas tri-state region.